I stand with Hong Kong

We happened to take the train down to Union Station to ride our bikes the 40 miles home. I should have realized something was up when our normal solitary Saturday train ride was filled with young and old – wearing checkered lime green shamrock suits and leprechaun hats.

When they say they make the river green…. they’re not kidding.

Nine AM in Chicago…

When you read about St Patrick, you would think his celebration would be more pious. As we pedaled up some of the closed streets we could hear the people in the bars celebrating. At 09:00 am, I was just glad they weren’t on the road while we headed home..

lookin for stories
be back when…

I know a young couple who live under a bridge. It sounds a bit like a fairy tale, but it not. It’s tragic. They’re both hooked on heroin and she’s pregnant. No matter what anyone does to help, the siren call is too strong. Hard to believe it’s a problem in the affluent community in which we rent.

Jan and I went to a presentation and the policeman said that now drug deaths outnumber gun deaths. He showed us some pictures of OD victims, the drug shuts down the signalling that tells the body to breathe and the lungs fill with a brown mucus fluid that is oozing from the nostrils when the body is found. Pretty horrible sounding isn’t it, but the police say that when they administer the nasal injection to counteract the heroin opiate often the drug user is angry that their high was ruined.

I was surprised by the “corporateness” of the problem. The cartel ships to Chicago, the supply-chain uses gangs to deliver and sell. Often people start on prescription pain killers which are costly and then dealers use the marketing bait and switch. Try this, its less expensive or dealers tell the users it’s a new designer drug. Anything to get the product used and keep the revenue stream moving, and the user hooked.

What can parents do ? Get unused prescription meds out of the house as soon as possible. Be in touch with their kids. If the kid’s behavior changes or their friends change don’t be afraid to drug test. Some of the new tests can detect up to five different drugs and give the results in about seven minutes. If the kid passes, reward them. If they fail, you know what you’re facing. If you find pills in their possession, use an online app to identify them. Information is important.

Testing also gives the kids a face-saving out. When their friends ask them to try something the child can say “No, my parents test.” One of the mothers who spoke said “He told me he just used a little weed.” She came into his room one morning and found him dead.

Early intervention is important. One constant was that despite their sorrow, many families say “At least it’s over”. The relief, the sorrow combine as the siren song ends for everyone that heroin has touched.

when my youngest daughter was a teenager she had a blue hair period, among other colors, but we would be out and people, especially little old ladies would often approach us out of the “blue” so to speak and tell her how attractive her hair was while I thought to myself, “Nooooooo!”

some pictures are their own description

She told me one day, “Dad, they just wish they had done it when they were my age”… how could I disagree?

May you do something extra-ordinary.

With the merger winding down, my team will soon disperse. We managed a thousand servers which supported over seven billion dollars in sales. These guys met every challenge, innovated, standardized and automated – truly rock stars. The stress was great and they never faltered. 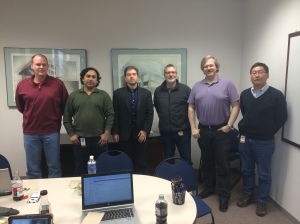 But we had fun too…. 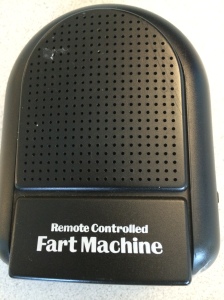 “You think dogs will not be in heaven? I tell you, they will be there long before any of us” – Robert Louis Stevenson

I seem to have known more great dogs than people, most of that fault I am sure is mine. Still, to love fully and live always in the moment are admirable traits. Farewell Teddi, I suppose we will call you our “dog in law”, you served my sister well.