Downtown Billings Montana still has a personal flavor. In the suburbs one finds the usual ubiquitous chain stores and restaurants, but downtown there are the privately owned galleries and eateries. We used a recommendation from a young lady at a vintage shop to find Don Luis Mexican restaurant for dinner.

The home-made jalapeno poppers were just right ( although they looked like small airplanes )… and then we followed up with Indian tacos, one of my favorites. 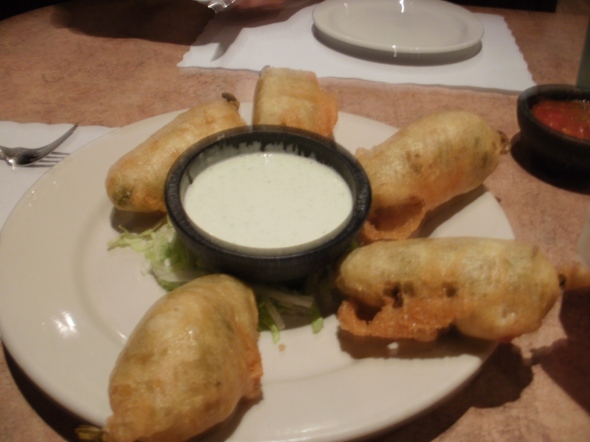 Standard taco toppings on Indian flat-bread makes an Indian taco. The flat-bread is thick, fried and has a bit of sweetness, and it makes the perfect base for a taco. Here it was enough for us to split and have two of us full and satisfied. We don’t find Indian ( American ) flatbread much in the more eastern states, so it’s always a double delight to find it. 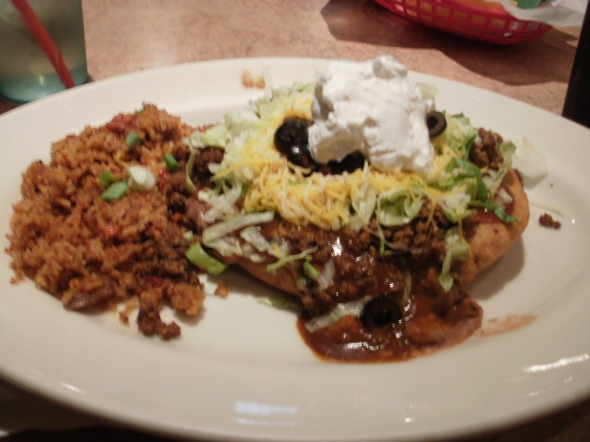